They Thought They Buried Us,

But Actually God Planted Us

The history of the Episcopal Church in the Los Angeles area goes back to 1864, but the background to the founding of Saint Barnabas Pasadena was the “Great Migration” of African Americans from the South, which started at the beginning of the twentieth century. In more recent years a significant number of Afro-Caribbean immigrants to California from Latin America (especially Costa Rica and Panama) have joined Saint Barnabas.

The African Americans who came to Pasadena were confronted with Jim Crow and forbidden from worshiping at All Saints Church in Pasadena. Not to be denied, on June 16, 1909, a meeting was held at the home of Mrs. Georgia Weatherton on South Fair Oaks Avenue, “to organize an Episcopal mission”, soon known as Saint Barnabas Guild, according to handwritten minutes in the diocesan archives.  The fledgling members supported their ministry by holding food sales.  By 1911, services were being held in the Grand Army Hall on Colorado Street.

Saint Barnabas Church itself was founded in 1923 by eight women.  Among them were Ellensteen Bevans, Rosebud Mims and Georgia Weatherton in whose home on Del Mar Street the first services were held.  At times as many as 29 members were present for worship on Sunday mornings.  The congregation was served at that time by a Lay Reader from All Saints Church in Pasadena and the organist from Saint Philips Church in Los Angeles.

During the episcopate of the Right Reverend Bertrand Stevens, missionary expansion of the diocese was given priority and the small congregation of Saint Barnabas was noticed and encouraged.  The Saint Barnabas Congregation was admitted into union with Convention as a mission in 1932.

In the early 1930s, the Dobbins family donated the present property at 1062 North Fair Oaks Avenue and Mr. and Mrs. Thomas Fleming made a gift of the current sanctuary, which was dedicated by Bishop Stevens in June 1933.  The parish hall was a wood frame building already located at the site. 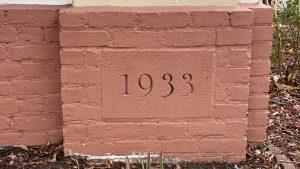 That same year, Bishop Stevens heard of the Rev. W. Alfred Wilkins, a dynamic young African American priest in New Jersey, and sent Mr. Fleming to New York City to interview him. Fr. Wilkins came to Saint Barnabas as its first resident vicar in December 1933, accompanied by his wife Lydia.  Services attracted neighborhood residents, as well as family and friends of the original members, and the congregation grew. 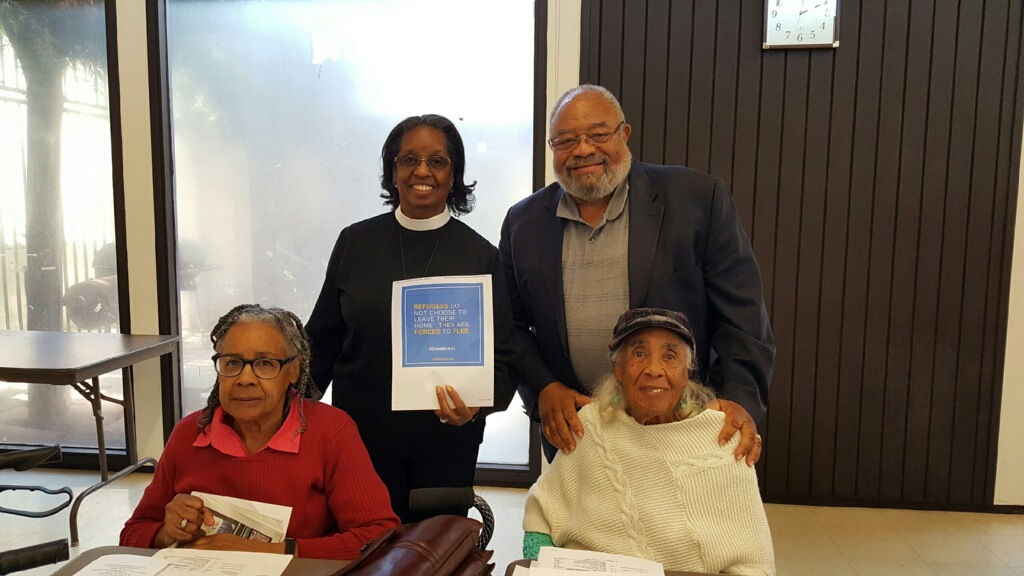 In 1943, heeding the call of his country, Fr. Wilkins joined the U.S. Army as a chaplain, and in 1944 the Rev. Alfred E. Norman became vicar, assisted by the Rev. Alfred Lealtad, a retired priest.  In 1946, Fr. Norman was reassigned to Saint Martin’s, Watts, and the Rev. Jesse D. Moses II became vicar.  Fr. Moses concurrently served Pasadena Unified School District as its first black principal.  Fr. Moses resigned in 1951, but remained keenly supportive of Saint Barnabas until his death in 1999.

Fr. Norman returned as vicar in 1952, and the Rev. Ivor Ottley succeeded him in 1977.  Under these two dynamic priests the congregation turned two important dreams into major accomplishments.  During Fr. Norman’s tenure, the congregation continued to grow and reach out to the community.  Members envisioned a Parish Hall that would double as a community center, and began raising funds in 1962.  Construction began in February 1971.  In September 1972, the new buildings were completed and dedicated to the congregation and community.  Souvenir booklets reveal a thriving congregation with lay readers, organist and choir directress, church school, fifteen acolytes, twelve volunteer office workers, and organizations including Altar Guild, Kitchen Guild, Men’s Guild, Boy Scout Troop 11, Episcopal Church Women, and women’s guilds of Saint Mary, Saint Monica, Saint Elizabeth, and Saint Cecilia.

Fr. Ottley sought to provide new direction for the church, encouraging the congregation to “find its true vocation as black Episcopalians in the Diocese of Los Angeles and City of Pasadena”, according to the booklet prepared for the Diocese. The sanctuary was renovated, a new organ installed, and the 1979 Book of Common Prayer and Lift Every Voice and Sing hymnal (1st Edition) incorporated into worship.  Thanks to an increased emphasis on stewardship, the church became self-supporting in 1983.

In 1984, the congregation participated in a self-study and in August 1987, a report was submitted to the Diocese, identifying short- and long-range goals.  Eventually, at the Bishop’s Committee meeting April 8, 1988, a motion passed unanimously to apply for Parish status.  Saint Barnabas was granted Parish status at the Annual Convention of the Diocese of Los Angeles in December 1988.  Fr. Ottley became the first rector, and led the Parish through the next crucial years.  He resigned in 1990 due to ill health and returned to his native Trinidad.

After a brief interim, a parish search was completed, and the Rev. Patricia Bennett was elected rector.  She served from 1993 to 1995, implementing several new programs including the very successful Willard School Tutoring for neighborhood children.  When Rev. Bennett became ill in 1995, Bishop Chester Talton asked the Rev. John M. Larson to be priest in charge, and when Rev. Bennett resigned in 1996, Fr. Larson remained an interim pastor.  During his four and a half years as pastor, Fr. Larson encouraged the Vestry to undertake proper repairs and care of the buildings and grounds and strengthened community outreach.  Fr. Larson was assisted by two clergymen, Deacon Jared Tucker and the Rev. Dr. John Goldingay.  Long time Senior Warden Julian Mims was succeeded by Sue Daniels; Robert Edwards was Junior Warden.

When Fr. Larson was reaching retiring age, Bishop Talton invited the Rev. Antony Glenn Miller to visit Saint Barnabas with a view to becoming Rector. Fr. Miller had been born and brought up in Compton, California, but had been serving in Boston.  He began his ministry at Saint Barnabas in 2002. Fr. Antony emphasized hearing and living Jesus’ teaching through silence, solitude and daily prayer, and for himself visiting members of the congregation in their homes, schools and places of work. He invited the congregation to enter and leave the church through the front doors on Fair Oaks as a sign of placing our focus more intentionally outward into the community instead of turning inward onto our own churchyard, arranged for a team of us to make dinner once a month at the Union Station Homeless Services Center in Pasadena, and developed a Saint Barnabas webpage.  He arranged to make Bibles available in the pews, in the prayer room, and for distribution and began Bible, Listening and Prayer gatherings several times weekly. During his time the parish office was remodeled so as to serve as a Quiet Room for such gatherings, and during his time the Rev. Jamesetta Hammons became parish deacon.

Ms. Susan Daniels gave up the position of Senior Warden after many years in office and Ms. Geneva Fulbright took up from her. Robert Edwards continued as Junior Warden, Jonathan Williams as Treasurer, and Paul Kaufman as minister of music. The decision-making body at Saint Barnabas is the Vestry, which is chaired by the Senior Warden, appointed by the Rector. It includes the ordained ministers and twelve other members of the congregation elected by the congregation for three-year terms.  The Vestry then elects the Junior Warden, the Treasurer, and the Parish Clerk or Secretary. 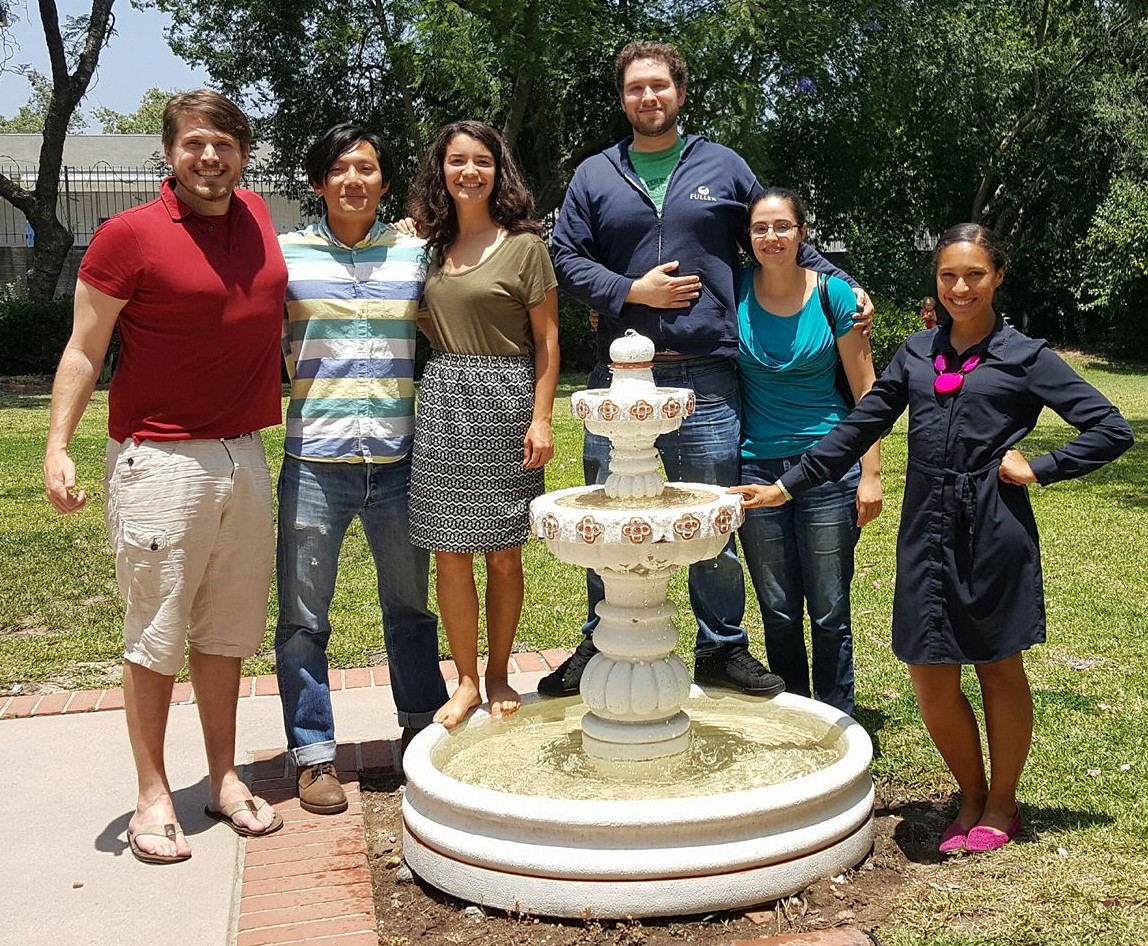 In 2011 biblical scholar, Rev. Dr. John Goldingay blessed Saint Barnabas with becoming the volunteer priest-in-charge. This allowed Saint Barnabas to catch up on work that had been delayed, in particular refurbishing the inside of the church and painting the outside. We have witnessed signs of new life within our midst, and we have great hope that God has more to accomplish in and through Saint Barnabas. The congregation grew to love the Lenten “soup and Bible study” gatherings in Fr. John and Kathleen’s home. There are several within our congregation who are either seminary trained or are current seminarians and we value opening our pulpit to them on a regular basis.

Upon Fr. John’s retirement, Saint Barnabas raised-up its own Rev. Mark Bradshaw and witnessed him evolve from a Child of God into a Man of God, becoming the priest-in-charge as of his Ordainment on July 13th, 2018, by Bishop John Taylor, in which the Saint Barnabas church family participated. Fr. Mark and Katie were also in charge of the Ministry of Congregation Growth, as they were blessed with 4 of the most amazing children during their tenure, who were also core to the Saint Barnabas Sunday School. Fr. Mark was instrumental in deepening the relationship with Saint Mark’s Altadena (e.g., hosting a viewing of Selma the movie and a group discussion), implementing a Technology Upgrade (e.g., campus WiFi, Hi Speed Internet, and online streaming of services), and broadening the Community Support Ministry (e.g., Northwest Pasadena Little League sponsorship).

The most recent chapter of the Saint Barnabas story is highlighted by going virtual during the pandemic in 2021, which was a blessing in disguise as Love, Saint Barnabas Style went global. In 2022 Saint Barnabas was blessed with the newest member of its church family leadership, the new priest-in-charge, Rev. V.R. Marianne Zahn who has already made a profound impact, especially leading us back to in-person worship. Mo. Marianne is supported by the most outstanding Vestry, including Althea Willams as Senior Warden, Violet Zacarias as Junior Warden, Jonathan Williams as Treasurer, and Gilbert Hamilton as Secretary.

The Saint Barnabas Church Family was planted by God to be a blessing to ALL others. In that spirit, we donate some 40% of our annualized assets towards manifesting God’s greatness. The Parish Hall was built to be a blessing to the Northwest Pasadena/West Altadena community. In that spirit, three A.A. groups use the Parish Hall during weeknights, a Spanish speaking Catholic congregation uses our Chapel on Sunday afternoons, and a Spanish speaking Pentecostal congregation meets in our parish hall on Friday and Sunday evenings.

The Saint Barnabas Church Family celebrates its West African based tradition of a matriarchal spiritual core, by paying homage to our Sheroes and Queens who left a huge impact on our church family with a gorgeous Memorial Rose Garden. This memorial sentiment is the nature of The Saint Barnabas Church Family, once a family member, ALWAYS a family member. 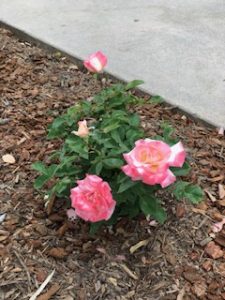 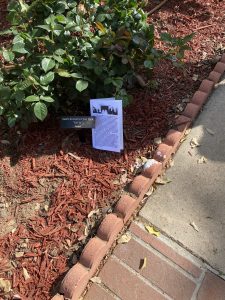 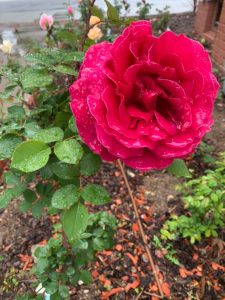 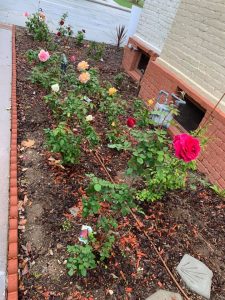 The Saint Barnabas Church Family Story (They Thought They Buried Us, But Actually God Planted Us), is a prophetic journey of eternal and unconditional Love, Saint Barnabas Style 🖤

* For most of this account of Saint Barnabas’ history we are indebted to the church’s historian, our Griot, Mr. Michael Mims. Mr. Mims has curated an extensive collection of photographs, news articles, handwritten notes/letters and other memorabilia which is on exhibition during the Pasadena Black History Parade each year, at the end of the parade in front of Saint Barnabas, a celebration in which Saint Barnabas takes part. Mr. Mims’ exhibit is now on permanent display in the Saint Barnabas Parish Hall. Thank you, Michael.

You are hereby formally, officially and cordially invited to please join us (in-person, online, offline and/or Pastoral Care) on our continuing journey of Love, Saint Barnabas Style 🖤